Radioimmunotherapy and how it works

Radioimmunotherapy (RIT) allows for the delivery of high doses of therapeutic radiation to tumor cells while minimizing exposure to normal cells. RIT works by using engineered proteins called antibodies to home in on tumors in the body while carrying radioactive payloads to destroy the tumor cells. This form of therapeutic liquid radiation harnesses the power of immunotherapy to specifically target cancer cells with the potency of nuclear energy designed to create one of the most effective ways to obliterate all traces of tumor cells.

Y-mAbs takes a unique approach to RIT which is designed to allow for higher potency and greater safety to deliver therapeutic radiation to tumors using compartmental radioimmunotherapy.

Y-mAbs is studying compartmental therapy with an investigational product called omburtamab that received FDA breakthrough therapy designation to expedite the development and review of the drug. Omburtamab is being labeled with radioactive iodine. Omburtamab is designed to target tumor antigen B7-H3, a cell surface protein found on neuroblastoma and most solid tumors. When neuroblastoma tumors metastasize to the leptomeninges (LM), or central nervous system (CNS), radio-labeled omburtamab may be directly injected in the CNS using an Ommaya catheter. This delivery of therapeutic liquid radiation directly into the CNS compartment may allow for the treatment to reach the tumor in comparison with systemic administration. Additional compartmental therapy is being developed for B7-H3–positive tumors in the CNS (DIPG) and in the peritoneum (DSCRT). 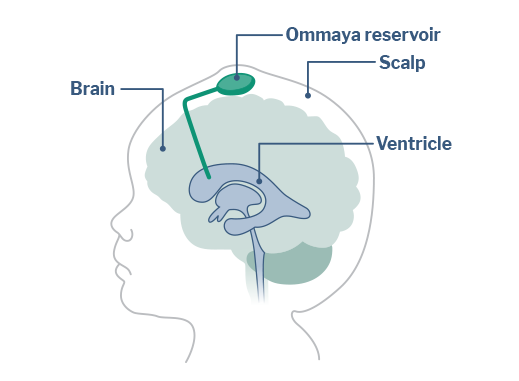 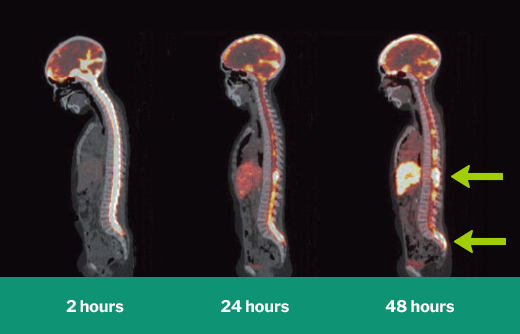 Y-mAbs has partnered with Memorial Sloan-Kettering Cancer Center and Massachusetts Institute of Technology in a worldwide exclusive license and research collaboration agreement to develop and commercialize antibody constructs based on the SADA-BiDE (2-step Self-Assembly and DisAssembly-Bispecific DOTA-Engaging antibody system) Pre-targeted Radioimmunotherapy Platform (the “SADA technology”), a concept also referred to as Liquid Radiation TM.

The SADA technology utilizes a targeted payload delivery method where antibody constructs assemble in tetramers and bind to the tumor target. Unbound constructs predictably disassemble into smaller antibody fragments and are excreted through the kidneys within hours after administration. In a second infusion, a radioactive payload binds to the antibody constructs to radiate the tumor.

You are about to leave ymabs.com. The link will take you to a website that may be maintained by a third party, which is solely responsible for its content. Y-mAbs Therapeutics, Inc provides this link as a service to its web visitors, and is not responsible for the privacy policy or terms of use of any third-party website.